Having worked in Trinity street fruit market for several years James, 41, tells us of
his services and his passion for the fruit market lifestyle.

James has now been a dedicated wholesaler for many years it is not only his job but
his whole entire life.

A family tradition and personal acheivement“I was never particularly interested in working on a
fruit stall. I always wanted to become a professional footballer but, I now
see that my life had other plans for me and im at one with the line of work I carry
out. I feel like I make my ancesters happy.”

Thinking about his family business, James mentioned that he would now like to branch out
further towards other towns and cities.he wanted several of his fruit stalls in
places such as Leeds and Manchester. However, his roots to Hull are to strong
to ever want to leave. “Hull is where it started and Hull is where it should
probably stay.”

James clearly is a man with ambition. Having a successful business passed down through generation from his great auntie Audrey,
he intends to keep it a family custom.

His youngest son Daniel is also heavily interested in traditional fruit marketing, more so than what James was when he was a young boy. Daniel says that he would like to proceed to having his own
market stall one day, just like his parents and the rest of his family. 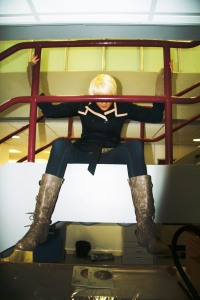 Brief – take a portrait picture of someone in the workplace and another picture of them working then write a short story, optional as to whether the story is fiction or non-fiction.

This lady, Norma was inspired to create bouquets from a
television programme that she watched as a young adult called ‘In Bloom.’

At first Norma started off small through advertising her
flower arranging skills in newspapers and magazines. Her first job was a huge
wedding in Greece where she arranged all of her flowers according to the brides
taste. From there, Norma became a great success.

Currently she works as a freelance flower arranger for
occasions such as weddings, funerals and anniversaries. At the same time she
owns her own stall in Trinity market place ironically called ‘In Bloom’.

When I approached Norma at her flower stall she appeared
very polite and friendly which reflected her delicate interest in flowers.
Helpingly agreeing to let me photograph her she shared her heart filled moments
about her past.

“My mother was a flower arranger for occasions like myself.
She had a rather big obsession with the royal family and once designed the
flowers for the queen of England’s wedding. Personally, I have never been too
interested with the royal family but I think that it’s great that my mother
achieved one of her many life aspirations.”

Following in her mother’s footsteps, Norma opened ‘In bloom’
flower shop in 2002 which was one of her own personal aspirations that she had
achieved with no help but her own. She works with her niece Kathy and opens 9-6
on week days and even Saturdays. “I can’t help but make sure that the flower
stall is open for business on a regular basis I just enjoy it as much as a
young person enjoys watching the television.”

Error: Twitter did not respond. Please wait a few minutes and refresh this page.